John Martin has been known in the community as a young man with a strong work and moral ethic. Because of this, a local business owner focused on designing and crafting canoes contacted the Western Maryland Consortium Garrett County office when he had a job opening at their workshop in Oakland, Maryland. The business known as Savage River is a small family owned operation that has international outreach because it ships custom canoes around the world, including to Great Britain and Australia. This company had previously hired an employee, using a Western Maryland Consortium program, and that match has led to the hire of a great employee of several years.

Now, with further growth, and the need for another employee, the owner wanted to give John an opportunity to work for him, too. John had already been a hard worker, but worked in a vocation, like many in Garrett County, that was seasonal, and he often relied on Unemployment Insurance benefits to get him through. This position with Savage River could offer the newly married John the opportunity for stable, year-round employment for a great company.

It was decided that John would work for the company through WMC’s On-the-Job Training (OJT) program. Under this program, the company hires the participant, and then receives a monthly reimbursement of 50% of wages for a period of time. Again, a great match between Savage River and a Western Maryland Consortium client! Under the OJT program, the employer is encouraged to provide monthly feedback on the participant. Each month, John’s evaluations came back with excellence. Already he is a valued employee, and it appears that he will have a bright and steady future thanks to the On-the-Job Training program crafting unique canoes that he knows could go anywhere around the world. 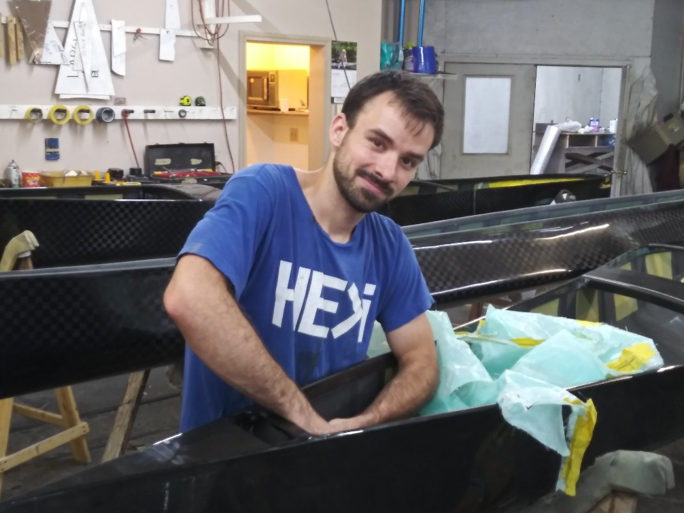