Her landing spot, however, has been as smooth as silk.

Howsare, 20, of LaVale, recently began her new position as teacher’s aide at Calvary Christian Academy in Cresaptown. Howsare had left CCA after 13 years as a student upon graduation in 2016. Her plan then was to attend Allegany College of Maryland and major in early childhood education. Ultimately, Howsare said, she wanted to become a teacher.

While Howsare was busy making plans, though, life happened. She fell ill with debilitating seizures that prevented her from being able to attend class on a regular basis. 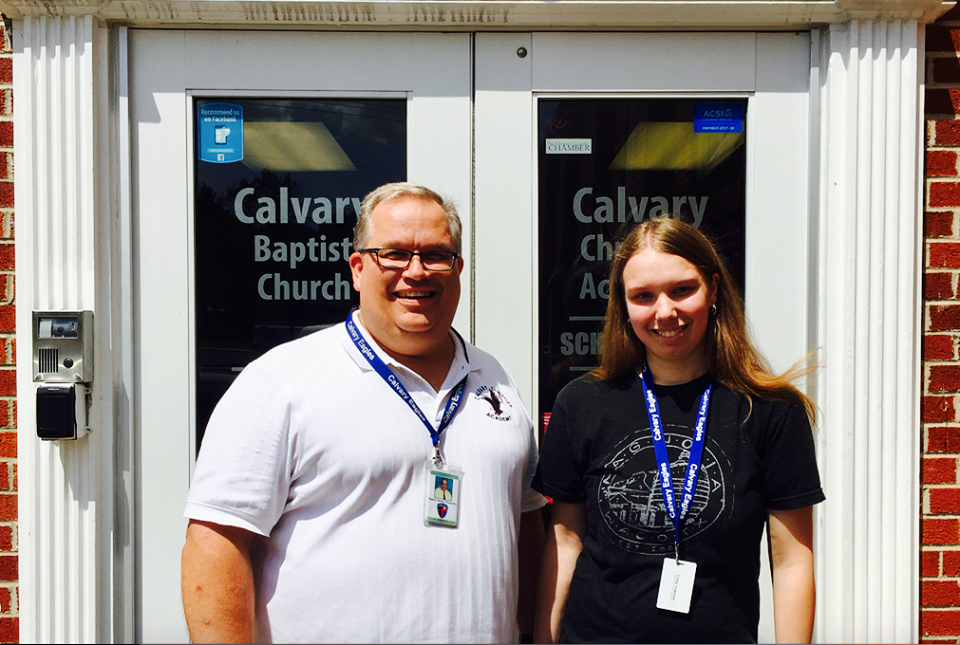 “It was too much,” Howsare said of her time in college. “I had to drop some classes. My grandma died last March. And, so, you put all that together (with the medical issues, and) it’s one big thing. I had to go to school the day after her funeral.”

Howsare eventually dropped out. She also was forced to significantly cut back her hours at a local fast food establishment.

Howsare was eligible to be placed in a work experience at Calvary Christian Academy through the Out-of-School Youth program under the federal Workforce Innovation and Opportunity Act because she had multiple barriers to employment. The Out-of-School Youth program is administered locally by the Western Maryland Consortium. As part of the in-take process, Harris had Howsare complete an online interest survey. Her only score was in “Social,” which complemented Howsare’s personal desire to work with others to help them learn and grow.

Between January and May, Howsare learned about different teaching styles from teachers inside the classroom and all the things that come naturally from working with kids. The end of May arrived. School closed for the summer. Looking for another work experience, Harris worked to place Howsare at Beall Elementary School, one of two Allegany County locations of the Judy Center.

About a month into her time at the Judy Center, Howsare received an email from Daniel Thompson, administrator at Calvary Christian Academy. He had an opening for a teacher’s aide.

“She was my first choice,” Thompson said, noting Howsare’s “sweet spirit” and her obvious “love for working with kids.”

Thompson credited the regular communication and accessibility of Harris at the Consortium for putting him in touch with Howsare as a potential employee. He said the case manager’s dedication to and advocacy of Howsare left an impression. He owed her a debt of gratitude, he said.

For Howsare, it was a dream come true – and a homecoming of sorts.

“I knew the administrator really well” at that point, Howsare said. “His daughter and I were friends since pre-K. It was really nice to be back. I’ve wanted to work there for years, actually. Bein’ where I wanna be is great. It’s nice that it all worked out.”

Howsare began her new part-time job this week as teacher’s aide to pre-K and kindergarten classes. The number of hours she will work will depend in large part on how many students are enrolled. She said the position was perfect for her at the moment because there is less responsibility for a teacher’s aide. Given her medical issues, her new role fills the plate just fine. As for becoming a teacher, Howsare didn’t dismiss the idea in the long run.

While new medication has helped to control her seizures, Howsare admitted to struggling greatly for a time. It shook her, but there was no crack in the foundation of her upbringing.

“The only thing I could do at the time was cling to my faith,” Howsare said.